Everyone Can Succeed in Life with a Good Education

As internet connectivity becomes increasingly reliable, the curious among us may stop to wonder whom we have to thank for it. In the case of fiber optic internet, one of the founding fathers is physicist Gordon Gould (1920-2005), inventor of the optical amplifier. Optical amplifiers allow information to travel long distances via an optical technology similar to that of lasers, rather than first converting the information into an electrical signal. Arguably, Gould was also the inventor of the laser itself.

Gordon Gould was born in New York City and grew up in Scarsdale, a New York suburb. He attended Union College where he received a BA in Physics. In 1943 Gould earned an MS in Physics from Yale University for his work in spectroscopy. For the remainder of World War II, Gould worked on the Manhattan Project.

From there, Gould began working out of Columbia University, where his focus shifted to elements which would become the foundation for laser technology. He coined the term LASER, an acronym for "Light Amplification by Stimulated Emission of Radiation," in a notorious notebook, which he was quick to have notarized once he realized the potential implications of his discoveries. But what he did not do was file for a patent before introducing the term to the public at a conference in 1959. This oversight allowed rivals in the field to obtain a laser patent and prevent his from being granted. This launched Gould into a decades-long legal battle dedicated to earning him the recognition he felt he deserved.

Gould was responsible for so many applications of laser and related technologies, yet much of his life was devoted to these legal disputes over patenting his work so as to secure credit for his inventions. Ultimately, he obtained forty-eight different patents. Amid so much controversy regarding who invented the laser, credit was slow to be given. Thus it was not until 1991 that Gould was inducted into the National Inventors Hall of Fame for Optically Pumped Laser Amplifiers, a key patent he was ultimately granted in 1977.

Gordon Gould passed away in 2005 of natural causes, but his impact lives on. His laser technology, specifically his patented laser amplifiers, are used for the vast majority of medical, commercial, and industrial laser needs. And again, the internet's reach simply would not be possible without Gould's optical amplifier and his patents on fiber optic communications. The internet and connectivity we enjoy are thanks to many, and this American physicist is one of them. Find places to read more information about the inventor of the optical amplifier. 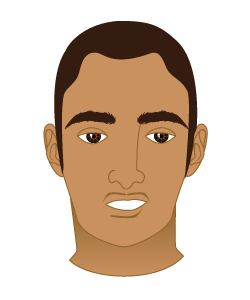 I decided to enter the workforce after I graduated from high school instead of going to college immediately. I was eager reap the benefits that came along with independent living. While the ability to make enough money to live on my own was fun for a while, the joy soon wore off when I realized that I didn't want to spend my entire life living paycheck to paycheck. I thought I had "failed" at life, until I got some advice from a friend who hadn't started college until she was in her 30s. That made me realize that I still had time to earn a degree and start a more successful career. I now love my job and encourage others to finish college, no matter their ages! I plan to post education tips on my new blog, since everyone can succeed in life with a good education!